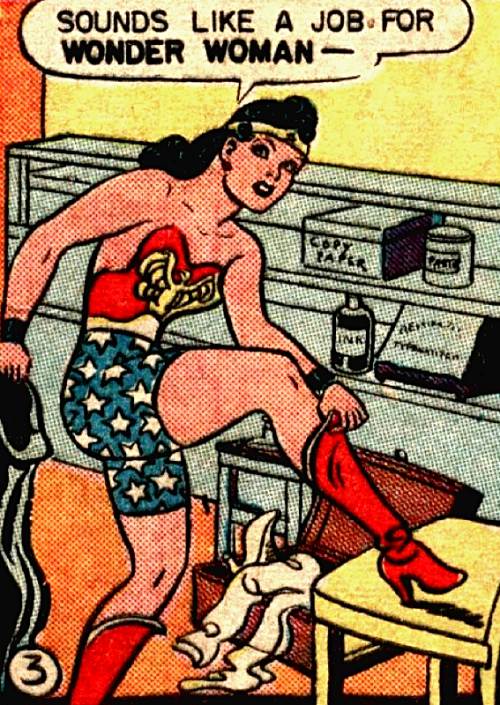 As a five-year-old, I was a huge fan of Wonder Woman and had matching underwear to prove it. A mythical warrior princess of the Amazon, Wonder Woman is a DC Comic book superhero. The character was created during the second world war by American psychologist and writer William Moulton Marston (also the inventor of the polygraph).

“Not even girls want to be girls so long as our feminine archetype lacks force, strength, and power. Not wanting to be girls, they don’t want to be tender, submissive, peace-loving as good women are. Women’s strong qualities have become despised because of their weakness. The obvious remedy is to create a feminine character with all the strength of Superman plus all the allure of a good and beautiful woman.”

He developed his creation with his wife Elisabeth, an unconventional woman herself. He also drew inspiration from Olive Byrne, the woman who lived with the couple in a polyamorous relationship. Their female superhero with supernatural powers fighting for peace, justice & love is seen by many as a feminist icon. Wonder Woman made her first appearance in 1941 and has been going strong ever since. 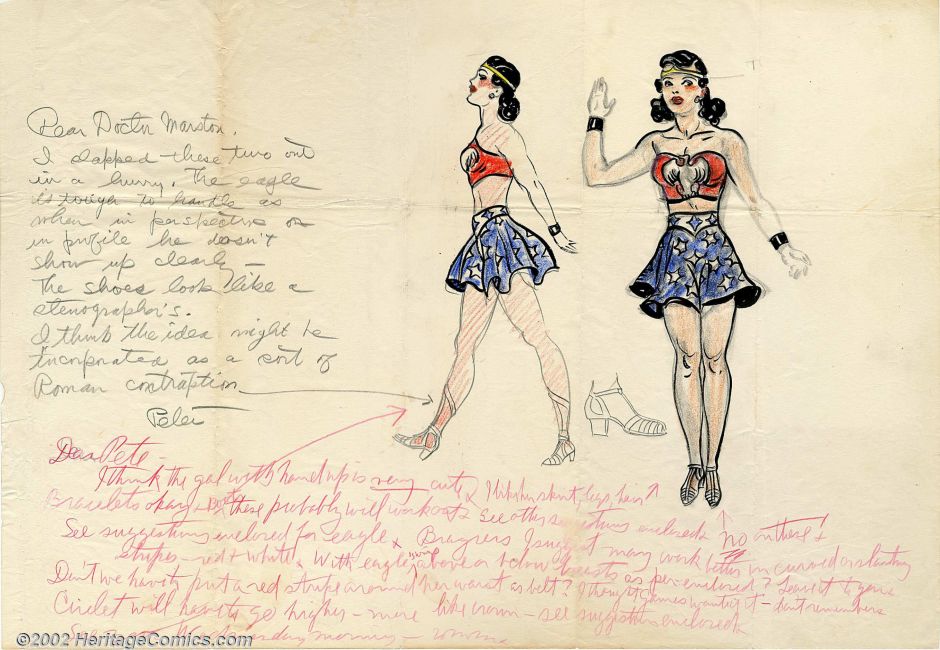 * The first sketches of Wonder Woman by Harry G. Peter with notes from Marston on the look. 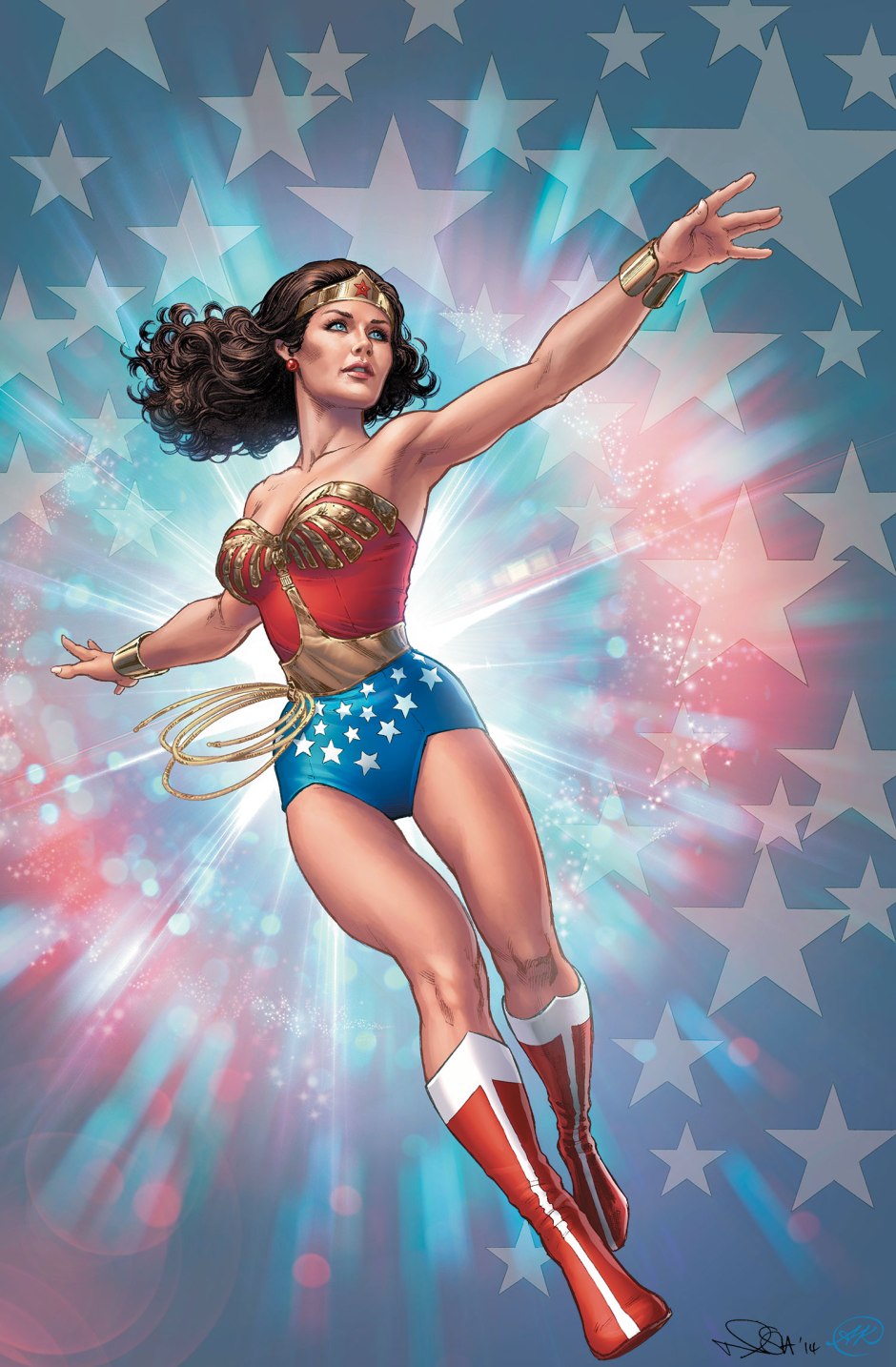