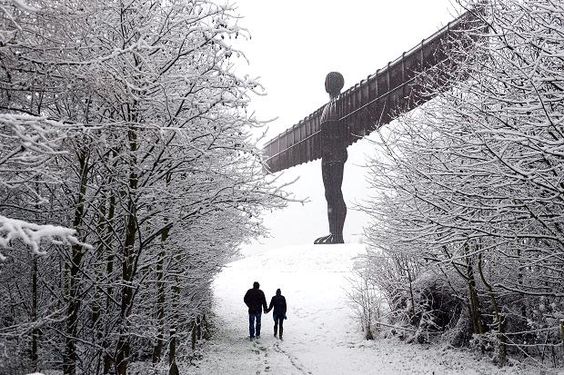 The Secret Life of Us

Europe was on the edge of war. Do rose bushes matter in a war? What can art do for us now, in the likelihood of another war?

I know there is a sneaking feeling, even among art lovers, that art is a luxury. While pictures, books, music and theatre are not quite handmade luggage or perfume, most people would not admit that art is essential. The endless rows over funding centre on an insecurity about the role of art in society. Nobody doubts that hospitals and schools must be paid for by all of us. Mention art, and the answer seems to be that it should rely on the marketplace; let those who want it pay for it. Art is specialised, particular, elitist and probably bogus. In Britain, a few old masters, Shakespeare and Dickens, Mozart and Puccini, are enough to feed the general interest in the arts.

Modern art has become a media circus; a money-driven, prize-hungry extravaganza, dependent on marketing and spin, which may leave the public with a few extra names it recognises, but that makes everyone cynical about the product.

It may be that capitalism will be as successful with art as it has been with religion, absorbing it to the point of neutrality. Capitalism, for all its emphasis on the free market, hates competition – that is, any challenge to its system. Anybody with a smattering of English history knows about the great conflicts between church and state. We know that traditionally there have been been two powers: the material world and the invisible world. God and Mammon.

Well, Mammon won the big battle, and there is no effective force in the west to challenge the dogma of capitalism. The church at least paid lip service to a different value system to the one Margaret Thatcher hailed as “no alternative”.

Art is a different value system. Like God, it fails us continually. Like God, we have legitimate doubts about its existence but, like God, art leaves us with footprints of beauty. We sense there is more to life than the material world can provide, and art is a clue, an intimation, at its best, a transformation. We don’t need to believe in it, but we can experience it. The experience suggests that the monolith of corporate culture is only a partial reality. This is important information, and art provides it.

When you take time to read a book or listen to music or look at a picture, the first thing you are doing is turning your attention inwards. The outside world, with all of its demands, has to wait. As you withdraw your energy from the world, the artwork begins to reach you with energies of its own. The creativity and concentration put into the making of the artwork begin to cross-current into you. This is not simply about being recharged, as in a good night’s sleep or a holiday, it is about being charged at a completely different voltage.

When I read Seamus Heaney or Ted Hughes, I’m not just reading a poet’s take on the world, I am entering into a different world – a world built from the beginning on other principles. William Carlos Williams said: “It’s hard to get the news from poems, but men die miserably every day for lack of what is found there.”

Art’s counterculture, however diverse, holds in plain sight what the material world denies – love and imagination. Art is made out of both: a passionate, reckless love of the work in its own right, as though nothing else exists, and an imaginative force that creates something new out of disparate material. Art’s experiments are not funded by huge state programmes, venture capital, or junk bonds; they are done when someone picks up a pen or a brush, or sits down at the piano, or takes a piece of clay and changes it for ever. A money culture wants the figures, the bottom line, the sales, the response, it wants a return on its investment, it wants more money.

Art can offer no obvious return. Its rate of exchange is energy for energy, intensity for intensity. The time you spend on art is the time it spends with you; there are no shortcuts, no crash courses, no fast tracks. Only the experience. Art can’t change your life; it is not a diet programme or the latest guru – it offers no quick fixes. What art can do is prompt in us authentic desire. By that I mean it can waken us to truths about ourselves and our lives; truths that normally lie suffocated under the pressure of the 24-hour emergency zone called real life. Art can bring us back to consciousness, sometimes quietly, sometimes dramatically, but the responsibility to act on what we find is ours.

I know of a man, a Quaker, who volunteered as an ambulance driver in the second world war. While other men had pictures of their sweethearts in their breast pockets, he carried a photo of a Queen Anne chair. In his despair at where human folly had brought him and millions of others, he needed to remember the glory of the human spirit, as well as its loss. Like Barbara Hepworth, he believed that art affirms and sustains life at its highest level. He became an antique dealer because he wanted to be surrounded by what the Jews call “real presences”. A real presence is one where spirit and body, or spirit and object, have never been separated. It doesn’t matter whether we are talking a chair, a picture, a book or a human being; what makes us feel alive is the living quality lodged there.

Mass production is about cloned objects. Art is about individual vision. Individuals can work together, as they must in theatre or opera, or where assistants work under a master, or they can work alone. However it happens, art is never a factory or a production line. Even Duchamp’s Readymades were a way of forcing us to concentrate on the thing in itself as it really is.

Capitalism doesn’t want you to concentrate – you might notice that much is amiss. A blurred, out-of-focus consuming is what suits the marketplace best. Somebody has to buy all that overproduction of useless dead objects. In contrast, all art is live theatre. The dialogue continues between object, maker, owner, viewer, listener, reader. Roger Warner is 89 and he still talks to his furniture. His daughter Deborah Warner makes the stage talk to us.

Art is a continuum, passed down from hand to hand, lost, rediscovered, found in objects as proof of a living spirit that defies the orthodoxy of materialism. Yes, art becomes a collector’s item, or a rich man’s trophy. Yes, art is traded for large sums of money, but this is not art’s purpose, nor its nature. If money ceased to exist, art would continue. If war flattened London tomorrow, someone would start to make an installation out of the rubble.

Why did the Taliban bullet down the Buddhas? Why did Hitler burn books? Why was Ulysses banned? Why did Franco refuse to show Guernica? Art is potent, confrontational, difficult. It challenges what we are, and that is equally true of a Queen Anne chair, the Mona Lisa or Rachel Whiteread’s House. We can muzzle the power of art in all sorts of ways – destroying or banning it is too obvious. A favourite gag is to familiarise it so that we no longer see it (Constable), or to sentimentalise it, so that we read it but do not allow it to read us (Dickens). Even better if we can just watch an adaptation on TV. The Queen Anne chair may seem unthreatening compared with Rachel Whiteread, but before we console ourselves with its antiqueness (ie expensive, dead), let’s take it into Ikea and watch some MDF look pale.

Don’t be fooled by the way capitalism co-opts art. It pretends to do it for money, but underneath money is terror. Terror that there might be a different way to live. There is a different way, and it’s not a William Morris utopia, or an Omega workshop niche; it’s a celebration of the human spirit. Art reminds us of all the possibilities we are persuaded to forget. Peace or war, we need those alternatives.

This essay appeared in the guardian